The true cost of a traffic ticket can be far more than the amount of the fine. We defend people who are accused of speeding and other traffic tickets in McIntosh County and throughout southeast Georgia.

The real cost of a traffic ticket.

The true cost of a traffic ticket can be far more than the amount of the fine. Most traffic tickets result in points on your driving record, which can lead to higher insurance costs and suspension of your driver’s license. Certain violations, such as aggressive driving, can result in jail time and a criminal record.

At James B. Smith, Attorney at Law, we defend people who are accused of speeding and other traffic tickets in McIntosh County and throughout southeast Georgia. We offer a free initial consultation to discuss your case. We are located in Townsend, which is near Darien, the county seat of McIntosh County.

Do I have to go to court to pay a ticket?

In most cases, we can appear in court for you so you won’t have to miss work. We often represent people from out of the area who are arrested while driving through southeast Georgia.

Why you shouldn’t pay a traffic ticket.

By paying a traffic ticket, you are pleading guilty to the traffic offense. Depending on the offense, this could result in from one to six points on your driving record. If you accumulate 15 points in a 24-month period, your Georgia driver’s license will be suspended. Depending on the circumstances, it may be possible to reduce your ticket to an offense that results in either no points or fewer points and on your driving record. We defend people accused of all types of moving violations, including:

It doesn’t pay to ignore a traffic ticket. You could end up with a suspended driver’s license due to unpaid traffic violations. 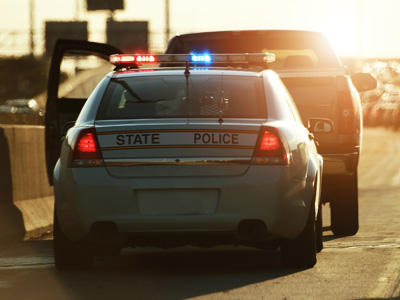 Get Your Free Consultation

The use of the Internet or this form for communication with the firm or any individual member of the firm does not establish an attorney-client relationship. Confidential or time-sensitive information should not be sent through this form. To view the full disclaimer please click here.